I am terrible about memes, so this has taken me forever. It took a long time to get to it even though the idea has been there in my head all along. I spent a ridiculous amount of time searching flickr for images, before deciding that I have photos that work perfectly for me.

Megan and Woody both tagged me for this. 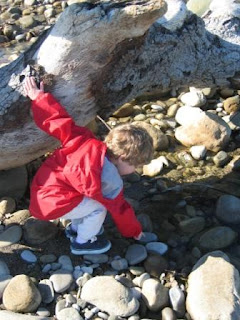 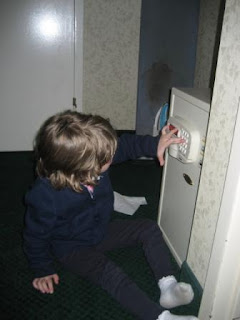 Whether those new experiences happen in the classroom, on field trips, online, or with their families doesn't matter. What is important is that they are gaining knowledge and becoming more engaged and excited about learning.

These two pictures are my daughter, playing with rocks by the Pacific Ocean and playing with a safe in a hotel room. Two experiences that excited her beyond our expectations. 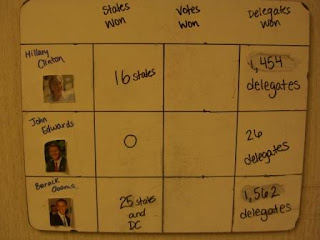 (I can take no credit for these. They were created and are maintained by the phenomenal first-year teacher across the hall.) 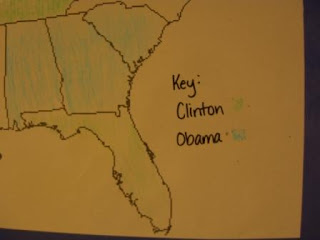 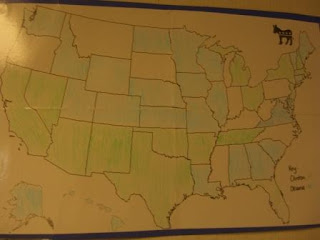 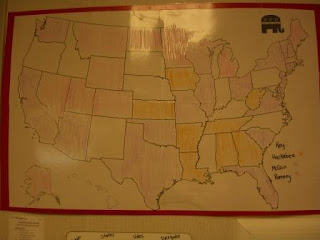 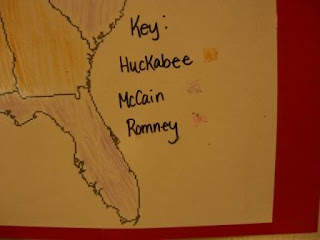 We've been working on perimeter and area lately and I usually find it to be fairly dull. This year has been a pleasant switch. I gave each student a set of tangrams (punched out from a file folder so that they hold up pretty well). Using the medium sized triangle and the two little triangles they had to create five regular polygons. This step alone made for a pretty good discussion. 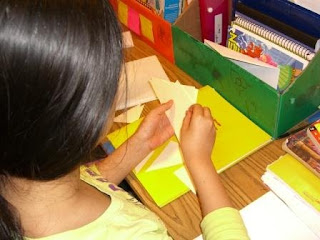 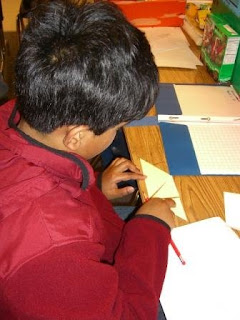 Once they had created various polygons (triangle, square, rectangle, parallelogram, and trapezoid) they were to find the area and perimeter of each of them. I was surprised at how difficult it was for them to realize that all five shapes had the same area. They worked really hard to calculate the area for each one based on their measurements. It was fascinating. 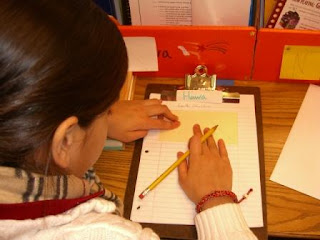 After giving them some time to struggle with this we came back together as a group. We shared the different shapes because some students hadn't been able to figure out all five. Then we moved into looking at all of this algebraically. We compared the sides of each triangle and figured out that there are only 3 different lengths, the base of the larger triangle, the sides of the larger triangle or base of the smaller ones, and the sides of the smaller triangles. Using that knowledge we wrote one shape's perimeter as an algebraic expression. It was a challenge for them to write the rest that way, but they worked through it. 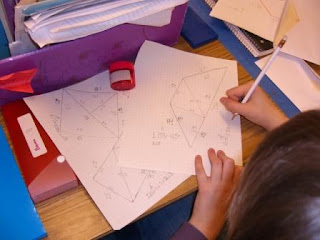 This also helped them see that all five areas are the same. Then we finally had a discussion of the relationship between perimeter and are (the main goal, initially). Most students firmly believed that no shape could have a larger area than perimeter. This activity had shown them that the perimeter and area aren't always the same (shapes with the same perimeter can have different areas and vice versa). As a result, I immediately opened up a grid on our smartboard and had students try some different shapes and calculate the area and perimeter. They quickly found shapes that disproved their theory. Off they went, back to their seats with grid paper to see what else they could discover. They loved exploring this way (both with the tangrams and with the grid paper) and, I think, have a much better understanding of area and perimeter than my students have had in the past.
Posted by Jenny at 2:00 PM 3 comments: 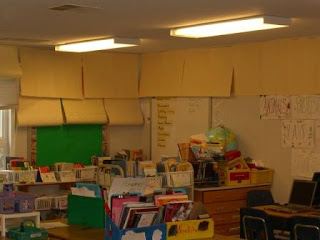 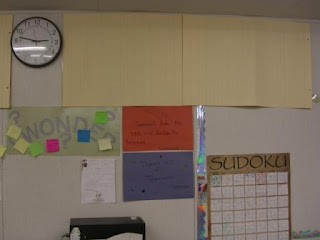 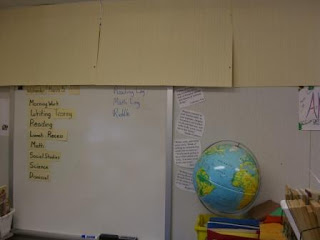 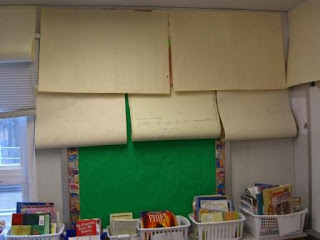 This may not look awful to an outsider, but it is painful to me. All of our hard work and learning throughout the year has to be covered up for the state test.
Posted by Jenny at 4:35 PM 10 comments:

Meeting the Needs of ALL Students

Members of our special education team and our gifted and talented team presented at our school's faculty meeting today. The topic was twice exceptional students (kids who are gifted but also have a learning disability, social challenge, or some other such exceptionality). The main focus of the presentation was a video, Ennis' Gift, from the Ennis William Cosby Foundation. The video is beautifully done and tells the story of numerous people who were not successful in school because their teachers did not recognize their gifts. Parts will make you cry. We showed snippets of it and gave everyone chances to talk about it. We had thoughtful questions linked to the video to guide discussions. We had collected children's books with twice exceptional main characters and had them on display. We shared some Calvin and Hobbes cartoons to get things started. It was a brilliantly planned presentation (I had little to do with the planning).

The message we really wanted to convey was: students should not be denied services because of social, emotional, or behavioral issues. The great majority of our staff already know this. However, we still hear teachers saying things like, "That child doesn't deserve to be in the GT class." The belief that a seven year old should be excluded from a classroom that will best meet his/her learning needs because of laziness, defiance, or social awkwardness is sad.

I think the presentation inspired members of our faculty who already understood the concept of twice exceptional students. Hopefully they will be more willing and able to advocate for those students in the future. Those staff members who don't yet buy into the idea were not likely swayed by the meeting. I can only hope that it sowed seeds of possibilities for the future.
Posted by Jenny at 9:25 PM 4 comments: