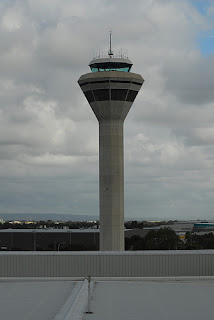 I've been thinking a lot about control in my classroom. What do I want to control? Where do I want to let go of control?

Over 12 years of teaching my views on control have changed quite a bit. To an outsider I think it would look as though I control very little (for better or for worse). My first graders do not have assigned seats. In fact, our tables are at different heights so that they can sit on the floor, in chairs, or stand while they work. Clipboards are available to them anytime they want to use them as are various other surfaces (student desk that was planned as a 'thinking spot', a teacher desk that was planned for my fabulous co-teachers, small table our amazing librarian passed on to me knowing of the various options in my room). The students have taken over the physical space in the room. They work where they want and with whomever they want.

I retain control over some obvious aspects. I move kids when they aren't able to work because they are bugging another or unable to stop chatting about karate class during a read aloud. I move kids in line if needed so that we can walk respectfully past other classes. I'm totally in charge of our schedule (well, more than the kids are anyway - I don't have total control here either).

The most important thing I control now is in the shadows. I work hard to offer my students experiences that will scaffold learning for them. I think hard about exactly how to present something or which experience needs to follow which in order to build schema in a way that will set them up for the future. I control this in the hopes of maximizing the time we have together. I don't want to waste a minute.

I think a lot more about this area than I do where kids sit or who they work with in a group. I couldn't do that ten years ago. I'm grateful for the experience that has allowed me to focus on what I think is truly important.

I'm teaching an intersession class to first and second graders right now. (If you need/want more information on intersession, it's at the end of this post.) We're studying probability. I really enjoy this topic in math and thought it would be fun to explore for a couple of weeks.However, I made that decision without doing any real research or planning (anyone who knows me well is not shocked by this). Later, when I did begin to plan, at the last possible minute, I learned that probability is not really in the state standards for those grades. This appears to be because first and second graders aren't really able to comprehend probability (something I learned as I continued my research, somewhat desperately).

So, I turned to the Patterns of Thinking to help me plan. A couple of fabulous folks at Think and Thrive were exceptionally helpful to me and pushed me even further in my thinking. Derek Cabrera has said several times that probability is all about systems, something I had, so far, been unable to wrap my head around. After some time on Thinkipedia and a discussion with Derek this was beginning to make sense. And probability was beginning to seem really complicated.

So far, three days in, things are going pretty well. We started with the ideas of possible and not possible (impossible) and then moved on to likely and not likely (unlikely). Just these concepts were surprisingly difficult for the kids to understand. Surprisingly, at least, to me. Then I added the idea of certain and we looked at these in a line, moving from impossible to unlikely to equally likely (which we haven't really explored yet) to likely to certain. I think the students are beginning to comprehend those concepts.

Today, the third day, we actually spent some time pulling bears out of a bag and recording the data. We'll do more with the bears and some spinners tomorrow. For now, we'll really focus on collecting the data and discussing what we notice. Next week I'll try to bring this data back around to these concepts we've dug into this week. I really believe the kids' understanding of these concepts is much better than if we had simply begun with the activities and data collection. It's really been exciting.


If you understand the concept of intersession or if you simply don't care, you're done!

Intersession explanation: Our school begins 5 weeks before the majority of schools in our district. We have regular classes for the first quarter and then we are 'off' for two weeks. We then do the second quarter, have winter vacation and an extra week 'off'. Then, third quarter followed by spring break and another two weeks 'off'. This puts us right with everyone else for the fourth quarter. During those weeks 'off' we offer intersession classes. These have a math or language arts focus, but are theme based. We have offered cooking, theater, camping, tennis, art, music, and video classes, to name just a few. The kids are in one class for the morning and a different class for the afternoon. Most of the classes contain students from two grade levels. It's a lot of fun for the kids and for those of us who teach.
Posted by Jenny at 9:21 PM 1 comment:

My first grader is giving her fabulous teacher a ton of trouble. She's defiant, argumentative, sulky, and an all around pain in the tush. Her teacher has tried a huge variety of ways to help her and enlisted the advice of other experts in our building. We've attempted to address this at home through more attention for her and discussions of the behavior (when we aren't furious with her). Yesterday it escalated to the point that she ended up in the principal's office (that principal is, of course, also my boss - just to add to the complication here).

I genuinely don't think my daughter has any real understanding of why her behavior is such an issue. When I talked with her yesterday after things had cooled down, she did not seem to recognize how her behavior impacted her classmates. I can't figure out how to help her see this.

In addition, I'm trying not to let this issue feel like it is all about me. I can't get away from feeling like a failure as a parent. I'm pretty sure that is not helping me handle the situation well. We'll get through this, as many parents have before. Somehow, knowing that isn't as helpful as I would hope.
Posted by Jenny at 9:09 AM 4 comments:

Another thing Rafe Esquith said during his talk that has really stuck with me was, "My favorite word when teaching children is yet."