My kindergarten daughter attends the school at which I teach. Some days, like yesterday, that is the greatest thing in the world. In the morning her class performed a song for the volunteer breakfast and I was able to go and see them (my class has art on Friday mornings). That afternoon her class had a wedding I was able to attend (my class has music on Friday afternoons). This wedding was the idea of the students and their fabulous teacher just let them run with it. I think it started as a fun discussion and then became something they truly wanted to do and she let them.

She has a bear named Nicey that goes home with a student each evening. They journal, writing or drawing, about what they did with the bear. Throughout the year the various extras that go with the bear have grown as children have added little blankets and toys for her. After reading Lily's Big Day the class decided that Nicey should get married. So one little boy offered his Mr. Bear as the groom, another little girl took both bears home on different evenings and her mother made their wedding clothes. 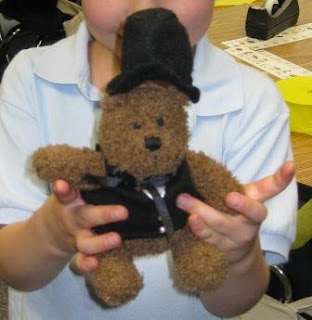 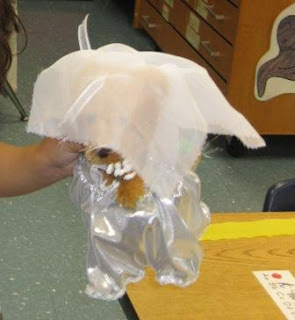 My daughter volunteered her bear to be the ring bearer. They used little plastic toy rings (which went over the bears' entire paw). Several students were ushers who gave each guest (students, teachers, and parents) a corsage (a paper flower taped to the guests' shirt) and seated them, girls on one side and boys on the other. Two little girls served as flower girls dropping more paper flowers as they headed up the aisle. A couple of students were in charge of the music as the bride walked down the aisle. 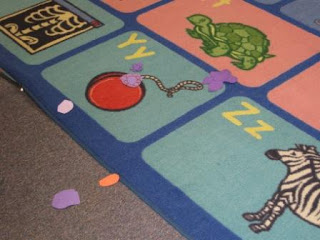 The teacher officiated the wedding in a simple, but formal manner. 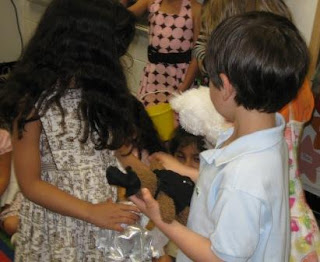 It ended with the bears hugging and the kids getting ready for the reception. 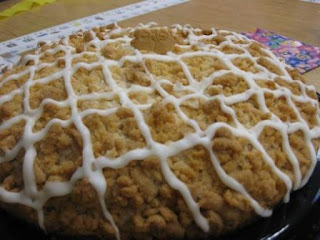 There was a wedding cake with teddy graham crackers as the ornamental bride and groom on top. The whole wedding and reception probably lasted 30 minutes on a Friday afternoon. These students will be writing about the experience until the end of the year!
Posted by Jenny at 3:18 PM

They really will remember this. Some K teachers at our school performed a wedding for the letters Q and U a few years back and those kids still talk about it.

I'm so glad you posted this. I had no idea that this occurred. Wonderful!

I was gonna tell you about the Q-U wedding, but teacherninja beat me to it!

Although it might not be a good idea at a school like mine in which a child is named Tyricq. Cringe.