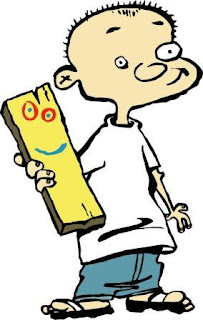 Apparently the cartoon Ed, Edd, and Eddy has a character who carries around a piece of wood with a face drawn on it, named Plank. That completely exhausts my knowledge of this.

I learned that much because a student of mine arrived one day carrying a piece of paper folded with a face drawn on it. He called it Plank. During morning meeting he would have the children say good morning to it during greeting and he carried it everywhere. You can see it in his hand as he is up at the smartboard. 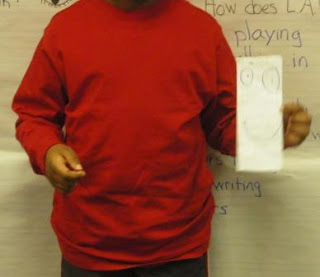 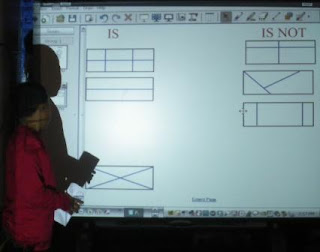 Most of the time Plank actually helped out. This student seemed more focused with Plank. When Plank did seem to become a distraction it took a quick warning to Plank and things got back on track.

I can't wait to see if Plank is back after the three-day weekend. 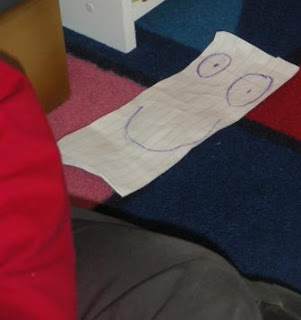 That's funny. Whatever works, I guess.

That is completely hysterical!! Not something you'll ever see in a classroom management book, but hey! Whatever floats his boat :)