My goal with participating in ds106 (in whatever way that played out) was to learn something. I've only scratched the surface but I've learned quite a bit about GIMP and Photoshop today. In addition, without putting in much effort (as I probably should have done) I am looking at design differently, more aware of choices made and how those decisions impact the overall view of an item. Again, lots more to learn but I've gotten started.

I had to make some lame workarounds to create my CC poster because I'm not yet proficient enough in GIMP or Photoshop. That said, I'm fairly pleased with how it turned out. Here's the original picture from Mean and Pinchy on flickr: 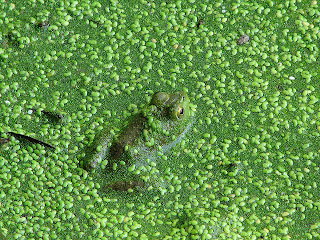 Here's my take on Creative Commons: 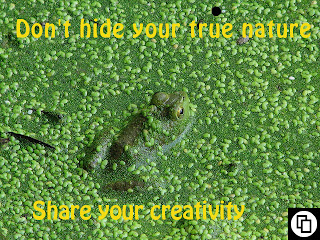 The next assignment I attempted was If Movie Posters Told the Truth. I'm less pleased with this work because I know if I had more patience I could fix the 'bad script' part to look more a part of the poster. Unfortunately it's late (for me) and I'm not a patient person in general.

I picked a movie I can't stand because that seemed more fun. It required inventing a new word but it captures my sentiment pretty accurately. 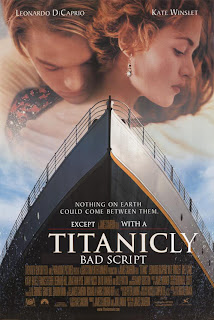 Finally, I tackled Iconic You. As simple as this looks, it took me a while because I kept trying to make it do too much. I could not come up with one thing to illustrate me and I wanted to create something that included a lot of the ways I define myself. This design came pretty quickly but I spent a lot of time trying to add more to it. I thought about using the top of the music note to be waves and add something to symbolize biking and running in order to show my participation in triathlons. I thought about adding some little faces to the apple to symbolize my children and husband. After trying some of these out and not liking anything, I got back to the simple. It may not show everything that matters to me, but I like it. 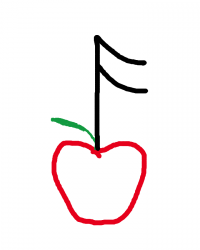 It is great to see you juming into some of the work a little more. Keep going. I like the poster, very clever use of the image. Nice idea to have includethe before and after approach too.

Having taken a shot at the Iconic You assignment, I like that you took an abstract approach. I opted for a more literal line portrait, but I think I like your approach a little more. Again, a clever touch witht he music note stem. It's a remix!

I love the frog. The iconic you works titanicly.

All the best,
C