The past few days have been full of the memories of September 11, 2001. I, too, vividly remember that day. But this day ten years ago is just as clear to me.
I had just started my fourth year of teaching. September 11th was exactly one week into our new school year. September 12th our school district was closed, due to our proximity to Washington, D.C. and the Pentagon.
So, September 13th was the first time my twenty-two fourth graders and I had been together with us all sharing the knowledge of what had happened. I had thought long and hard about how to address these events. I have a book in my classroom, What the World Needs, 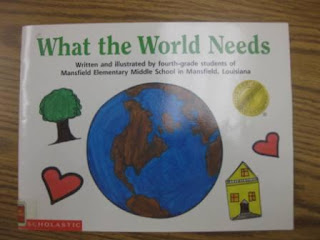 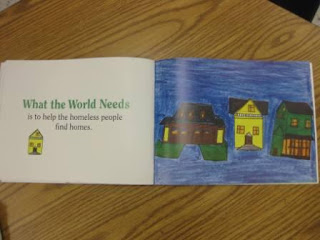 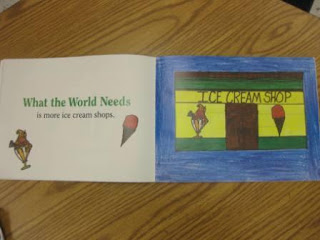 and I had planned for us to create our own version of that book. And we did. We read the
book and then brainstormed together. Each student created a page for our book. Some were simple. Some were profound. It was wonderful. 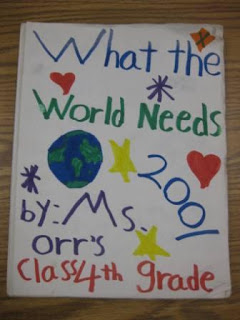 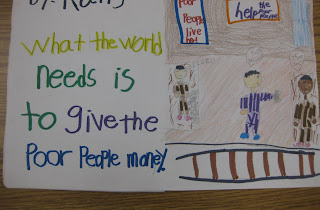 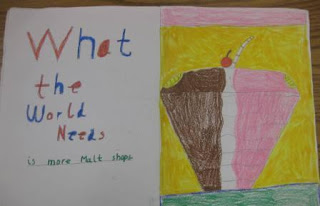 But what I remember most clearly was the beginning of our 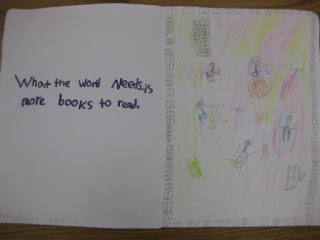 day. We were in a trailer that year and, when I greeted my students as they entered, more than one said to me, "Ms. Orr, you lied to us."
I did. On Tuesday I had not been truthful to them when I explained why we had to leave our trailer and spend the day in a first grade classroom inside the building. I told them nothing of the events that were unfolding just a few miles away at the Pentagon. The fears shared by all the adults in the building were not shared with them. I made excuses for why so many parents were coming to pick up their kids. I lied about why we had indoor recess on a stunning day. They were right, I had lied to them.
We sat down for our morning meeting and I explained to them why I had lied. Both because that is what I had been told to do by our principals and by our superintendent and because I had no words to explain what was happening. I opened up our discussion to them. They talked about what they had seen on TV, what they had overheard, and what their families had told them. The most heartbreaking moment came when one boy, a Sikh, looked me right in the eye and said with great sorrow, "My people did this." I nearly choked and explained to him that I did not believe that to be true. No one like him was involved in this terrible thing.
Those students are nineteen years old now. I will never forget them. They give me hope.
Posted by Jenny at 9:02 AM